For most of history, Anonymous was a woman. -Virginia Woolf

As I wrote about art and athletics, I realized that when it came to household names of artists, many people, including myself, came up short naming female artists, and it was the same with female athletes. It seemed that coming up with a universally known female artist was more difficult than a female athlete; and, interestingly, all the female athletes mentioned were tennis players.  This left me pondering, why?

Perhaps, the trouble in our biased male dominated recording of history lies in the “rules of the game”, where women did not have equal access to competitive athletics or professions in the arts as men had. Likewise, our histories were recorded by men, which intentionally or not, favored men’s accomplishments.  I believe this exclusionary recording is outdated. The present will change the future by recognizing and acknowledging the great women artists, athletes, and citizens.

Image: courtesy of http://www.guardian.co.uk/books/2012/jun/22/olympic-games-ancient-modern (this link offers a well written historical reference to the Olympic Games).

In ancient Greece, the record of the first Olympic competition occurred in 776 BCE in honor of Zeus. At this Olympic Game the sole event, a running race, a cook named Coroebus won. In ancient Greece all the athletes competed in the nude, thus I gather this is why painted on vases and urns and in ancient Greek sculpture nude athletes are depicted. Married women banned from competing (and even spectating) in the main Olympics formed their own events in honor of Hera (Zeus’s wife). In this running event only unmarried virginal women could compete half clad in a tunic draped to their knees covering only their left shoulder and breast.

On the road to Olympia…there is a precipitous mountain with lofty cliffs…The mountain is called Typaeum. It is a law of Elis that any woman who is discovered at the Olympic Games will be pitched headlong from this mountain.  -Pausanias, Description of Greece, 2nd century, AD

Many years later after the Romans ended the ancient Olympic Games, 1896 marked the rebirth of the Olympic Games. In this first year of the Modern Olympics, which is more akin to Olympic Games today, women were still not allowed to compete. However, four years later they were allowed to participate in limited events, which included lawn tennis, golf, croquet, and equestrian sports. 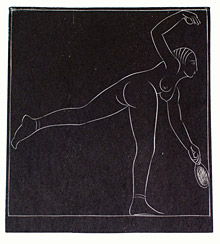 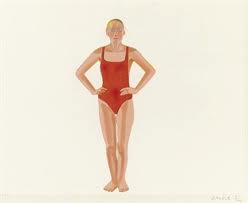 Women athletes today have come far from those days and this was apparent in the 2012 Olympic Games where Missy Franklin, Nicola Adams, and Kerri Walsh became media favorites. Still, even with Billy Jean King breaking ground for women athletes to receive the recognition they deserve, they still are under recognized. Perhaps if they began competing dressed as the Herarian athletes they might gain more spectators. 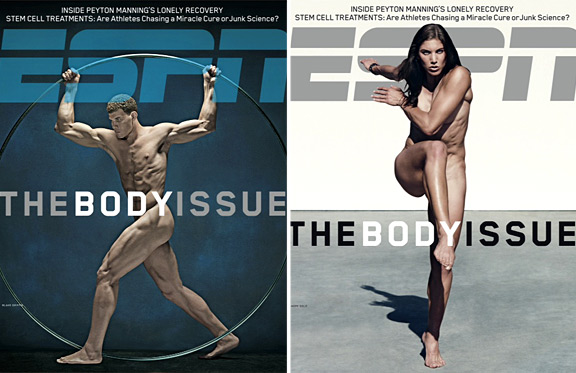 Image of Hope Solo and Blake Griffin courtesy of http://www.espn.go.com

Serena Williams, Lindsey Vonn, Jackie Joyner-Kersee, Danica Patrick, Alex Morgan, Florence Griffith-Joyner, and Brigit Fischer are amongst some of the greatest and most inspirational athletes. these athletes should be celebrated for their courage and dedication to overcome many obstacles and barriers, they are role models for the millions of women with talent aspiring to reach their goals and great heights not just in sports but in life.

What about female artists? Truth be told, I do not believe the undiscovered works from a female artist will surface that equate the significance or masterly talents of Michelangelo, Tintoretto, or Poussin. The point is that women at that time were not given equal support to realize or develop their talents. I think, if the access and encouragement existed for women to pursue their artist talents then a woman who was a great homemaker might have been a master artist. Today, there is opportunity for women. Today, women are creating the change that will make history.

Looking back at Antiquity to Modernity, beginning around 323 BC during the Hellenistic period, Greek women in the arts made ceramics, textiles, and played instruments, although most painters and sculptors worked anonymously. We owe our thanks to the historical recordings of Pliny the Elder, who noted many talented female artists from AD 23-79. Many were the daughters of artists; such as Aristarete, the daughter of Nearchus who some say was more accomplished painter than her father, or Timareto, the daughter of Mikon the younger. Yet, not surprising, these women painters are not household names.  And, who is to say that Neanderthal men created the paintings in the Chauvet Cave, it most possibly could have been Neanderthal women.

In the 17th century and into the 18th century Artemisia Gentileschi and Louise Elisabeth Vigee-Lebrun became known for their painterly talents, although both still under recognized compared to their male peers.  In the 19th century, the Countess de Castiglione, preceded Cindy Sherman in portraying personas through photographic self-portraiture. Her art was expressive, daring, and theatrical. Even though she perhaps was better known as Napoleon’s mistress. 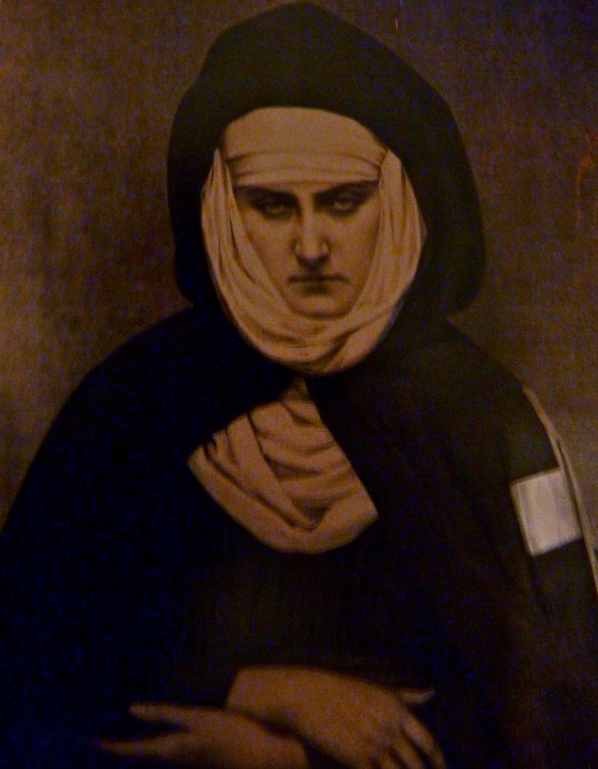 Almost fifty years after artists picketed in front of New York museums to raise public awareness to the underrepresentation of female artists in the museums’ collections, today many contemporary female artists have gained wider recognition and presence in museums. For example, most people have heard of Cindy Sherman (which may largely be due to her recent museum shows), and Georgia O’Keeffe, and some may know Louise Bourgeois and Tracy Emin. 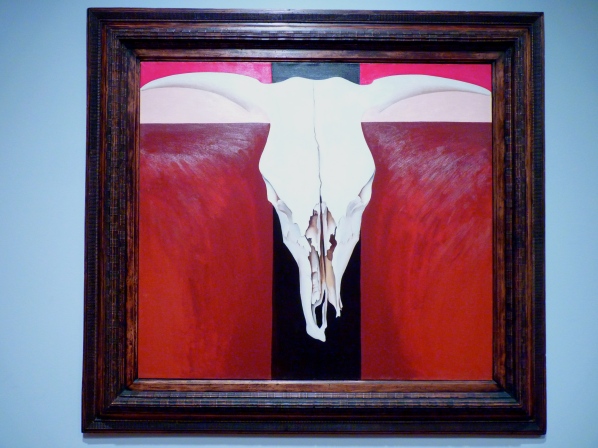 Recently a few museum exhibitions, such as WACK! at MOCA, Seductive Subversion at The Brooklyn Museum, In Wonderland at LACMA, and Elles at SAM exclusively highlight women’s contributions to the artistic recording of our cultural history. The ‘rules of the game’ are changing.